B’chol Dor va’Dor – In Each Generation 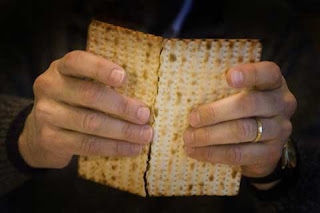 “…the Hagaddah has been translated more widely, and reprinted more often, than any other Jewish book … the Haggadah is our book of living memory. We are not merely telling a story here. We are being called to a radical act of empathy. Here we are, embarking on an ancient, perennial attempt to give human life – our lives – dignity.” – Jonathan Safran-Foer

Renowned author Jonathan Safran-Foer wrote these powerful words in the introduction to his magnificent New American Haggadah.[i] His message reflects a most powerful teaching of Passover: that through our telling and retelling of our story, we can bring light into a world of darkness, widening expanses on otherwise narrow pathways. The notion that our Passover Seder calls us to “a radical act of empathy” is a modern expression of the 2000 year old Mishna ideal: B’chol dor v’dor chayav adam lirot et atzmo kilu hu yatza mimitrazyim - In every generation, one is obligated to see oneself as if he or she personally came forth from Egypt.

When we retell the Exodus story, we remember the long-ago journey from the constricted isolation and despair of slavery to the wilderness redemption of Divine connection as free people. But there is more. On Passover, we strive to see ourselves as if we actually experienced that transformation. We don’t just retell – we retroject ourselves back into the story, or better, we bring the story to us in our world as if it were happening in real time. So it is not just about going back in time, but actually about bringing the past into the present, and then calling upon us to make the story our own. So when we talk about slavery, it isn’t something we “learn” about, but something we experience. When we talk about freedom, it isn’t something relegated to the rational intellect, but it extends within and throughout the realms of emotion and spirit. When we thank God for redemption, we aren’t thanking God for redeeming our ancestors; we are thanking God for redeeming us.

But more than blending past with present, ultimately, the Seder’s purpose inspires and beckons to us to act for a better future. When we retell the story, we aren’t just acting it out as if it were happening in real time. The truth is: It IS happening in real time. The redemption isn’t over. We don’t just imagine ourselves as slaves on Passover. As Leonard Fein[ii] wrote in his response to the traditional recitation of Avadim Hayinu:

“What can these words mean? We are slaves because today there are still people in chains around the world and no one can truly be free while others are in chains. Where there is poverty and hunger and homelessness, there is no freedom. Where there is prejudice and bigotry and discrimination, there is no freedom; where there is violence, torture and war, there is no freedom. And where each of us is less than he or she might be, we are not free, not yet.”
Passover is only days away, and undoubtedly as you read this, preparations are already being made for this year’s Seders set to begin on Friday evening, April 6th. As you prepare, take out your family’s Hagaddah. Look it over. Find the parts that speak to you and make sure to note those sections in your Seder. Add to your Hagaddah. If you find a poem, quote, news article, or story that resonates with the themes of Passover, include it in your Seder. And last, pick one area where freedom is absent and contribute to it, in some way, three times in the coming months before the Jewish New Year in September. Why? Jewish tradition asserts that by the time someone does something three times, it means they really mean it. To rise up from our tables at the Seder’s conclusion poised with a mission of bringing redemption is to uphold the best of Passover’s mission.

In the words of Safran-Foer again:
The Seder is a protest against despair. The universe might appear deaf to our fears and hopes, but we are not – so we gather, and share them, and pass them down. We have been waiting for this moment for thousands of years – more than one hundred generations of Jews have been here as we are – and we will continue to wait for it. And we will not wait idly.

[i] The Hagaddah is translated by the acclaimed Nathan Englander, with commentaries by Nathaniel Deutsch, Jeffrey Goldberg, Rebecca Newberger Goldstein, and Lemony Snicket, and illustrated beautifully by Oded Ezer.
[ii] Founder of Mazon, written in 1985.
Posted by Unknown at 12:53 PM