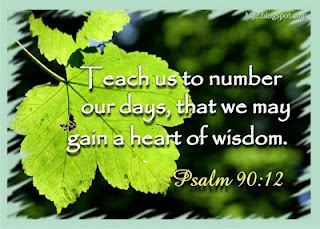 Earlier this week, I reviewed the concept of Sephirat haOmer/ the Counting of the Omer with our adult Bar/Bat Mitzvah class.  When I explained that we Jews mark the 49 day period of time between the 2nd day of Pesach up to Shavuot  by literally counting each day, some of the students began to panic.  Truth be told, we studied the Counting of the Omer in the class last year, and there was no problem then.  So what was so problematic now?  Well, the class has been learning together for almost 2 years, much of their work in anticipation of being called to Torah on this Shavuot.  When I announced “Today is the 21st day of the Counting of the Omer…” many misunderstood me to mean that there were 21 days remaining until Shavuot, assuming that they had miscounted, leaving 8 fewer days for them to practice, review etc.   But this wasn't a misunderstanding based on an error in calculation of time.  There were in fact still 29 days left until Shavuot. This was a misunderstanding about how we approach markers in time, because there is a major orienting difference between the way popular culture marks time verses how Jews do!
Generally speaking, at least in most circles of modern American society, the concept of counting down is the way we do things.  Think about the drum roll as David Letterman finally announces “…and number one on the top ten things that…”; or the anticipation in the “5,4,3,2,1” before midnight on the secular New Year; or even crossing off each day on a calendar in anticipation of experiencing a big event, thinking to yourself, ‘only _x_ many days until…."  In mainstream culture, we heighten anticipation and excitement through counting down.
Judaism teaches us something entirely different.  Jews always count up.  Not just on the counting of the Omer where we announce each day: “Today is the __x_ day, that is the __x_ day of the __x_ week of the Omer.”  We count up when it comes to marking Holy Days too: the 1st day of Sukkot, the 2nd day of Sukkot – not the 7th to last day of Sukkot, the 6th to last day of Sukkot, etc.
And although I can’t be sure of the exact point in Jewish history that this understanding emerged, I imagine much of it comes from a  famous Talmudic machloket (disagreement) between the Houses of Hillel and Shammai, not on the way we count the Omer, but rather on the way we handle the Chanukah lights. (See Talmud Bavli Shabbat 21b).   Shammai’s school appreciated the idea of a countdown, and as such, believed that on the first day of Chanukah, we should light all 8 candles, and each subsequent day, take 1 away; Hillel’s camp took a different approach, saying we should light only 1 candle on the first night, and then continue adding 1 each night until all the candles on the menorah were lit on the final night.   Later rabbinic teachers offered reasons for their positions, asserting first that Shammai’s suggestion corresponded to the days of the holiday that remained, whereas Hillel’s corresponded to the days that had past. They offered a second reason: Shammai’s corresponded to the parallel sacrificial ritual of the Biblical Sukkot, whereas Hillel’s followed the legalistic notion that we “ma'alin ba'kodesh, v’ain moridin -  we increase in matters of holiness, not decrease.”  And because Jews today start with 1 candle and increase to 8, we deduce that the judgment went with Hillel.
So in matters of holiness, we count up, we build up, we lift up.  The drum rolls and anticipation of modern countdowns are one thing, but cultivating a sense of increased importance, an accumulating momentum that carries within it the experiences that have  come before it, proves entirely different, more challenging, and also more rewarding in the end.  To view life through the lens of the countdown insinuates an under-valueing of what has led up to any given experience.  It places emphasis entirely around the destination, with little if any value placed on the steps and stops along the path.  To see life through the lens of the "count up" enables us to celebrate our arrival at the finish line, but at the same time, to honor the significance of the journey we've travelled to get there.

And so, for our Adult Bar/Bat Mitzvah students, I hope they know that the hours and hours of study they have undertaken are what will make Shavuot, when it arrives, most meaningful. And although they may sigh of relief once their aliyah is over, I hope they will also look back with great pride on the entire experience in all its fullness.  For the Jewish people, I pray our annual spiritual journey from the freedom of Passover to the receiving of Torah on Shavuot is enhanced and deepened by each opportunity we have to add another day to our Omer counting, as we build to 49.  And for all of us, regardless of faith, I dream we  might each honor and raise up every experience we have, both positive and negative, as a means of becoming the best of who we are meant to be so we can serve our world in a way that not only makes it better, but makes it whole.